The Power of Networking Strikes Again 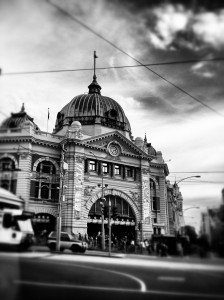 Regular readers of my blog will know just how much I encourage networking. People, whether they are friends, colleagues, former workmates, managers or supervisors past and present, are your most precious and meaningful asset.

Every time I ask a client how he or she has been applying for jobs and I get the vague, “Oh you know, the usual: SEEK, job boards, classifieds, that sort of thing,” I just cringe a little inside.

Why? Because I know for a fact that 85% of jobs (particularly in the executive and management field) are obtained through someone that is known to the candidate.

And frankly, it’s the only way to go.

I hear from job seekers all the time; mostly they are complaining about agencies and recruiting personnel. The complaints are always the same: “They don’t care about me, they’re not interested in me, they won’t return my calls…” and so on. You know the drill.

Well, there’s a reason they don’t call you enough, or care enough and to be honest, if you’re relying on getting a job through the classifieds, then you’re part of the problem. The jobs that are handled by agencies, get the largest pool of applicants of all job advertisements. It is hard … no impossible, to be treated or considered anything else but a number, when you throw your hat into a ring that is filled with berets, fedoras, fezs, beanies, panamas, trilbies, sombreros, slouch hats, and skull caps!

All of these people have been dealing with recruiting agencies too and there are not enough hours in the day to email and call people who frankly, the agency takes one look at and knows that they’re not a fit. It’s mean and unfair, soul destroying and all of that, but it’s not the only way to get a job. In fact, only 10-15% of executive and management jobs are acquired this way. With that sort of record, it’s like hoping you’re going to win the lottery; so why do it?

This week another one of my clients (we’ll call him John) secured a job through networking. He was in a pool of one. John had known a Regional Vice President of a multinational company for a while, and over the last 12 months, John made sure he had coffee and a chat whenever he was in town. Just as he does with many people as part of his ongoing networking efforts.

A couple of months ago, they met for their regular coffee, but this time, the VP had more than chit chat on his mind. The VP made John an offer; he was putting together his executive dream team and thought immediately of John. Their relationship, chats and shared philosophies turned out to be compatible (think of those chats as a series of interviews over a year) and the VP had done his homework. He wanted to capitalise on John’s talents, so he shaped a role where John would shine. A flurry of calls followed, a warm and cordial meeting with the Managing Director primed through his VP’s enthusiasm, and the deal was done. John started work a month ago and loves his new job with a passion.

No pools of candidates, no soul destroying knock-backs from recruiters, no waiting for an interview offer that never comes.

Incidentally, after John told me his good news, I went to the company’s website and looked at the “Available Positions” section and saw one line of text:

“We have no positions available at this time”.

Well, no positions that they were going to advertise, that’s for sure.

Sometimes all the research in the world and all the job applications for advertised jobs don’t work as well as nurturing a team of people in your network and watching just one of them deliver the goods.