Bad Choices Can Kill Your Career 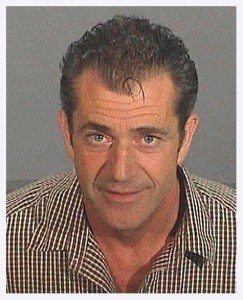 What do Mel Gibson, Amy Winehouse, Robert Irvine, Brendan Fevola, and David Edmondson have in common?

They all made bad choices that undermined or destroyed their careers, reputations and earning capacity.

So why am I talking about celebrities and high-flyers and what does it have to do with you?

If these people, leaders in their field and savvy to the ways of the media can fall victim to career sabotaging mistakes such as lying, boasting, and thinking that what goes on in their personal life won’t affect their careers, then it can happen to you.

And let’s face it, it’s one thing for a multi-millionnaire to be a social outcast, it’s quite another for you to lose a job and have your reputation and history sabotage your changes for getting another.

Poor Judgement: When Mel Gibson chose to over imbibe and take control of the wheel of a car he made two poor decisions. When he was inevitably pulled over by a law enforcement officer, he made several more, including sharing a long list of unwelcome, unrelated, unprofessional and controversial opinions that saw him branded a racist and a bigot. In an industry that draws the line at very little, Mel managed to step over it. Everyone used to love good-looking Mel and people celebrated his successes. Not so much any more. The Moral of the Story for Jobseekers: Don’t rant about topics you know to be abhorrent to others. Your name will be Googled and the internet is forever.

Private Life: Substance Abuse and Gambling. Substance abuse can be more than career ending, it can be life ending. It’s also one of those pastimes that reflect badly on people and eventually, negatively affect their careers as it did to people such as Amy Winehouse and Whitney Houston; enormous talents who’s names ended up being uttered with sadness as their careers and talent deteriorated before our eyes. Star athletes, Ben Cousins and Brendan Fevola, lost millions of dollars in sponsorships, playing contracts and future media careers as poor personal choices were played out publicly. The Moral for Jobseekers: if you think nobody will notice your partying, and what you do in your private life will stay private, then don’t be near a friend or foe with a camera, a Facebook account and poor judgement.

Lying. Former RadioShack Chief Executive David Edmonson compounded a resume lie of graduating with a degree in psychology from a university that didn’t offer psychology degrees, with a further mistruth to cover the first. A leader with integrity issues is a leader with “issues”. At least, that’s what the decision makers thought. Moral for Jobseekers: Lying on your resume is a big, big mistake. The timing of when, not if, the lie will be exposed will be the difference between missing out on an interview or being publicly humiliated, demoted or fired. You may have successfully won the job without the lie, but once the lie is uncovered, you’re in for a whole world of hurt.

Boasting/”Big Naming” Yourself.  Celebrity Chief Robert Irvine acknowledged fabricating a story about receiving a knighthood and owning a castle in Scotland, and has implied that he may have embellished his claim to have made the cake for the wedding of the Prince and Princess of Wales. (He now says he helped pick fruit that was used for the cake). Other assertions challenged such as his qualifications and background were removed from his Food Network biography and he was later replaced as host of Dinner: Impossible. When he already had enormous talents, why embellish and boast? Moral for Jobseekers: Let your skills speak for themselves. Someone who worked with you, will no doubt have a more accurate memory of certain situations from your past than you know. If you keep to the truth, they’re never going to have a chance to “put the story straight”.

Whiners and Generic Complainers. This covers a whole group of people, both celebrity and non-celebrity, who simply have a negative view of life. They complain endlessly to anyone who will listen about whatever ails them. An expensive account, the “fools” at the supermarket, their last boss, their current bosses, their workmates, the bus being late, and more. They attract the like-minded and would never smell the roses as they’re too busy complaining about the thorns. These people are a recruiters’ dream because one look at the online footprint of these folks and it’s easy to label them a troublemaker and discount them from any job for which they may apply.

Bad choices have killed the careers of people who should have known better. Don’t let your poor decisions ruin your future.

“A reputation once broken may possibly be repaired, but the world will always keep their eyes on the spot where the crack was” Joseph Hall