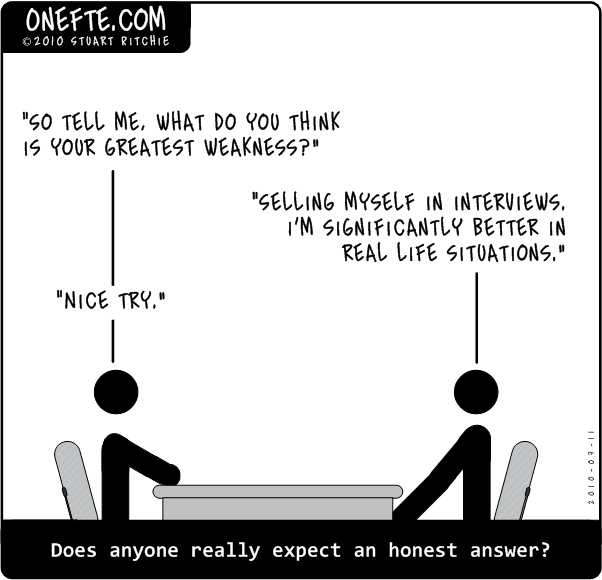 For all the criticism Job Search Consultants receive from frustrated job seekers (and believe me, they get a lot of criticism!), there are two sides to every story. Talk to the average recruiter and you’ll find that many jobseekers aren’t exactly beyond reproach in their dealings either.

This week I called for “pet peeves” from job search consultants and received some interesting responses. In the effort to broker improved jobseeker/consultant relations, I’ll share them with you now.

Telephone Stalking. Says one consultant, “Too many calls to check status” can be embarrassing and annoying. “If I have news, I’ll be calling you and if I do not have news, then ‘phone stalking’ doesn’t help either of us!”

Prolonged Telephone Calls: A close cousin to telephone stalking, “The prolonged telephone calls where the jobseeker thinks that the longer he keeps you on the telephone the more inclined you are to be won over is just an exercise in futility”. Recruiters know what they are looking for, whether it is a certain industry background, job title or skill set and are not going to advance a jobseeker’s candidacy for a role for which he’s unqualified. Keeping consultants on the telephone fishing for information and desperately attempting to draw a tenuous line between the job and your skill set fails to win over anyone.

Unsuccessful Candidates Requesting “Why”? Jobseekers who fail to get a job are often confused and angry, particularly when they believe they ticked all the boxes for the job (at least in their own minds). It’s not surprising that they’d like to know why. As much as the Job Search Consultant would love to give that feedback, it is not possible. The fact is the employer is their client and is entitled to give and receive information with the expectation of privacy. Pushing the consultant further just becomes a frustrating and embarrassing interaction.

Resume Edits: Surprisingly, resumes didn’t rate all that highly on the list of recruiters’ pet peeves, but failing to remove mark-ups from the resume is cited as “terrible” by one consultant. “There is nothing worse than looking at red and blue edits and cross-outs and even worse, comments from friends who have reviewed or proofed your resume” one said. Jobseekers, take note! Turn off tracked-edits, click on “Accept all Changes” on the review toolbar and then save the document before emailing.

It’s all in the attitude: “I’ve had jobseekers give me attitude, such as rolling their eyes at the mention of pre-employment testing” says one consultant. Jobseekers, while this may be of immense annoyance to you, try to keep your poker face. The consultant is the conduit by which the employer communicates. If pre-employment testing has been offered, you are one step further in the process. Remember, decision makers are watching! (This also goes for those who state “I don’t fill in forms… those are for lower level positions”).

Academic Entitlement: Jobseekers with an air of superiority surrounding their academic background, add fuel to the fire of condemnation for many consultants. “You do know I have an MBA don’t you?” is not a interview-winning statement or a compelling business case. Having a Ph.D or an MBA makes you no more qualified than any other candidate as you will not be chosen solely on the basis of having these qualifications. It is how you apply what you know, the results you achieve and your leadership capabilities that will lead to your ultimate success in scoring a job offer. Demonstrating an air of entitlement and superiority means you failed the core part of leadership: communicating effectively.

Location Differences: No Explanations “If there is one thing that grates”, says one recruiter, “Is when out-of-state applicants don’t address the issue of location in their cover letters. “I want to know why someone in one state, has applied for a job in another. Telecommuting? Relocating? What’s the plan?” If you make job search consultants decide, they may come up with the wrong scenario and you may be discounted from the race for the job.

Jobseekers and recruiters. It’s a relationship where one can’t survive without the other and while it may not be a love match, professionalism and courtesy for each other is the very least each party can bring to the table.