When advice can be too much: The Great Resume Truth 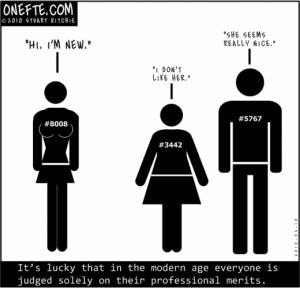 Steve put the finishing touches to his resume last week and boy, was he proud of it. He showed it to Ralph, one of his good buddies and General Manager of Acme Corporation. Steve called Ralph a couple of days later; essentially to network of course—-but he used the resume as his icebreaker. “So, what did he think?”

“It’s pretty good” agreed Ralph, “But… I think you need to include some of those projects you did with Idol Inc., back in the day. They were pretty important and I think having that experience with DOS and Windows for Workgroups is something that would allow employers to know that you have experience that goes back to the early days”.

Steve was disappointed that he didn’t get the glowing praise he felt his resume deserved, but appreciative. He respects Ralph and although his ideas are a little at odds with what Steve has heard about listing outdated technologies and making a resume too long with old information, he knows that Ralph is a General Manager, so he must have insight. Steve fires up the laptop and adds some projects from the early eighties and briefly includes his pioneering work with DOS and Windows 3.1.

Next on Steve’s to do list is to call Sandra. Sandra is a System Administrator and she works for HCM, a leading technology company where Steve is keen to get a foot in the door. Sandra agrees for Steve to send his resume to her, and again Steve calls her a few days later to follow up. Sandra is sorry but she’s checked around with people “in the know” and it doesn’t seem like anything is coming up that would suit Steve’s skills at HCM any time soon. Sandra really wants to help Steve. He’s such a nice guy and she has worked with him before. The conversation is ending a little awkwardly until Steve asks whether she thinks the resume would be well-received at HCM. Well! This is something with which Sandra can help and she takes her time pointing out items that HCM look for in their employees. For instance, she knows that HCM loves employees that are enthusiastic and motivated, so Steve should include that, as well as being well organised, a team player and a good communicator.

Following the call Steve again fires up the laptop and spends some time looking at his resume. He’s reluctant to make Sandra’s recommended changes because he’s read books and articles all over the internet that say how cliche they sound. Plus, he has real examples of those particular skills many times over in his document. He’s always been told that it’s better to show “how” rather than just state a fact without proof. But, he sighs, he does want to work for HCM and it makes sense to follow Sandra’s advice. Steve adds the extra bullet points and saves the resume version 4. He shrugs, he’s getting somewhat tired of all this advice. He just wants a job.

Today is a new day but Steve has failed to shrug off the dark mood that followed Sandra’s call yesterday. He has John, the CIO and friend to call today and Betty a former colleague and now IT Manager. Frustratingly, neither know of any jobs but they too can offer advice. John tells him that those cliches on his resume are dumb. Betty suggests that old information such as AS400 and DOS and information going back to the ’80s is madness as it just makes him sound as old as Methuselah in technology terms.

Now thoroughly confused and dejected, Steve sits head in hands at his laptop resisting the urge to throw it out the window. All he needs is the one perfect document that will make everyone happy and he can get that job! He knows it!

The fact is everyone has different opinions on what constitutes “good” or “right” and that doesn’t start and stop at resumes. It can cover works of art, books, religion, freeways, politics, architecture, movies—-in fact ask anyone’s opinion about anything and you’ll receive a multitude of them.

One thing is for certain, listening and actioning them all is the definition of insanity. Changing the resume because Ralph is a General Manager is no more valid than changing it because Val is the tea lady. Sure, he has his own opinions about what he’d like to see if he was viewing the resume. The likelihood though is the HR department will receive it first or the recruiting agency and again, in all likelihood, it is the department head or team leader who will be interviewing and making decisions. Ralph’s opinion (like Sandra, John and Betty) is a personal opinion. It’s not The Great Resume Truth.

Steve needs to do three things.

Sometimes too much advice, is just too much.