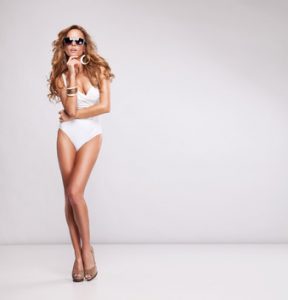 A resume should be about achievements.

By describing the “how” part of your achievement, the reader of your resume thinks, “I want that person to do those kind of things for me too!”

And that, is what gets you an interview!

But that’s just the result. It doesn’t tell the whole story.

Take a look at the female above.

Apart from the obvious “wow factor”, when you see this woman you are seeing an end result. Just like those items in your resume, many people will fail to see a connection between what she looks like and her journey to get there. In fact, there will be people who will dismiss this result as the work of a photographic team, PhotoShop expert  and a range of stylists.

But what if I told you that it took 18-months of unrelenting sweat and toil to achieve this result? What if I told you that this person lost 80 kilos over those 18 months? Or that following her extensive weight loss and exercise regime she no longer needed daily insulin? Now you’d really look at that person and say “WOW!” This is because information has been unlocked and revealed to you. By sharing this information, you appreciate that this person really had to overcome some challenges to achieve this result.

That’s exactly what you should do when writing your resume. Encapsulate the entire picture.

And that’s why “before and after” pictures like this work so well for the weight loss industry, and when marketing an intangible. 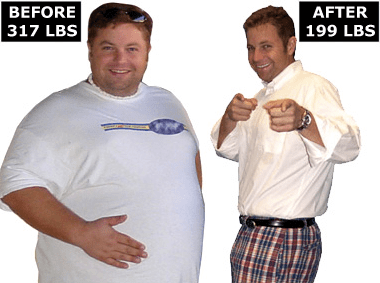 The weight loss industry knows that people who need to lose weight don’t relate to the “after” picture because they have no sense of where the person started. But feature the “before” picture and every overweight person who has gone on a diet knows the sacrifice and determination needed to get to the “after” state.

And that’s where the achievement is.

The value is in the effort expended to get there.

So, let’s look at those two bullet point examples again.

Just how good is 15%? It’s not very good if the industry average for the year was 45% is it? But it would be exceptional if last year’s sales were flat and stalled and had been that way for a while. Consider this revised bullet with the added value of a “before” picture.

Now we have the “before and after” picture. The reader of the resume understands clearly that increasing sales by 15% was excellent, but it bumps the achievement up to the level of sensational when the decision maker acknowledges that this individual did something that hadn’t been done for three years and won back lost customers in the process. Now that’s what employers’ want. The tantalising picture of how this person could solve their company problems too!

Anyone who has ever arranged any sort of party, meeting or gathering knows this work can be a nightmare. Dealing with people who have different wants, needs, culinary requirements, travel and accommodation preferences or are just plain picky, can be a migraine-inducing affair. And yet, the bullet point provided sounds almost like the writer can barely conceal a stifled yawn. If you describe your achievements in a way that it looks like anyone is capable of doing that task, then how is a decision maker supposed to understand why you are special and worthy of an interview?

Impressed now? We now get the full before-and-after picture. Not just coordinated, but overcame a multitude of changing priorities. And the result: delivered on time, to a small budget and praised by everyone is the cherry on the cake.

Take a good look at your resume now. Does your presentation look like the pretty woman above, or are you unlocking the secrets by giving the full weight-loss success story?